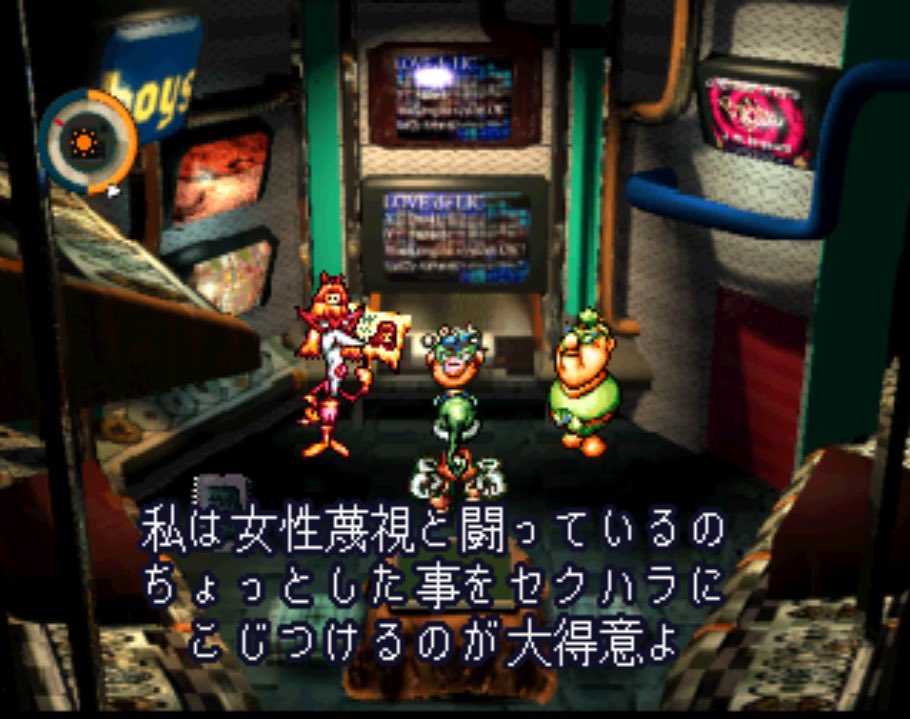 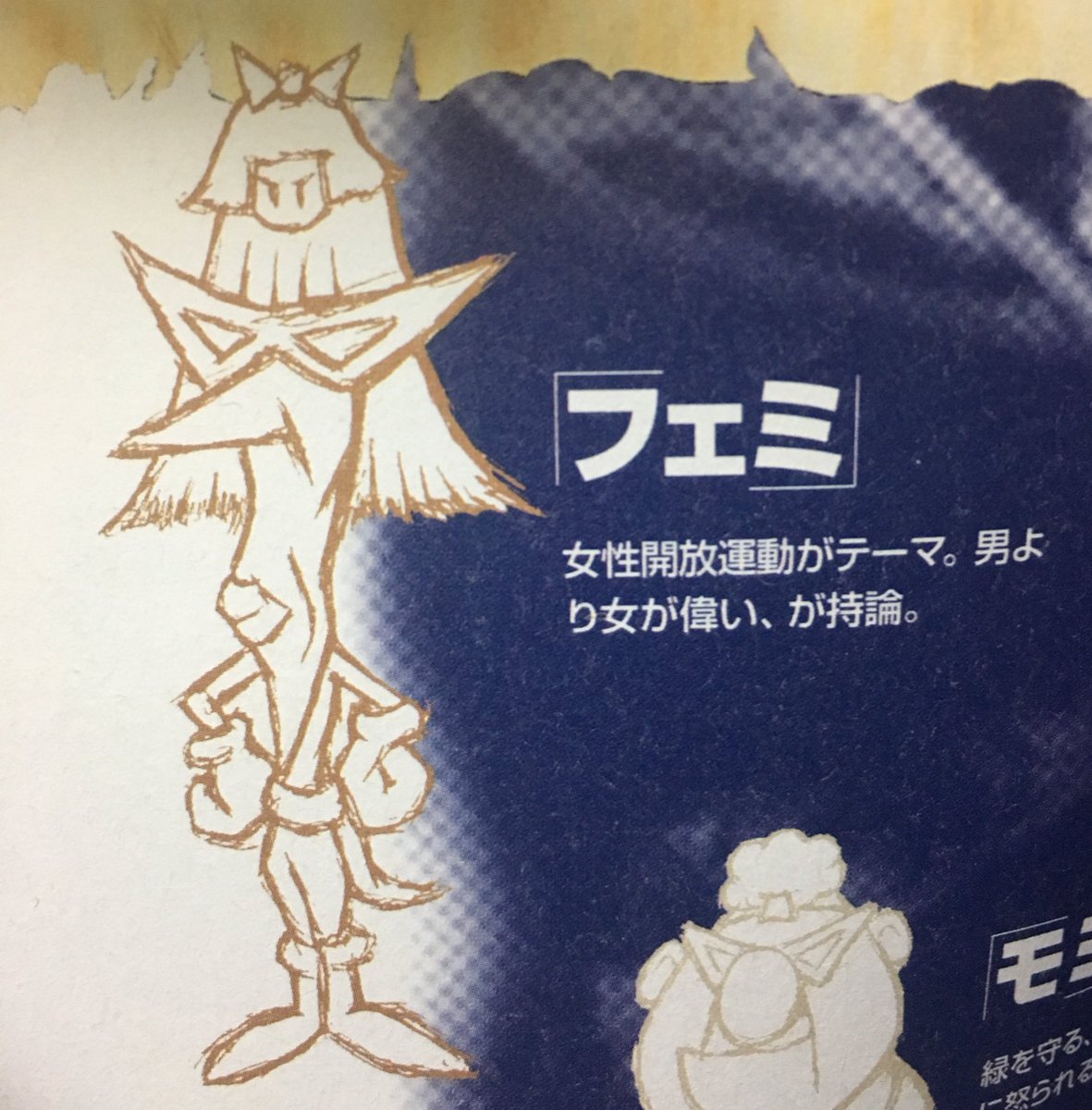 Finally, the anti RPG "moon" is on switch. This phrase really "stabs me"(makes me feel) when I see it in 1st year of Reiwa era. It's the woman at left side of the screen. Her name is LITERALLY "Femi".

"I fight against the prejudice towards woman. I'm very good in making any little thing as sexual harassment." 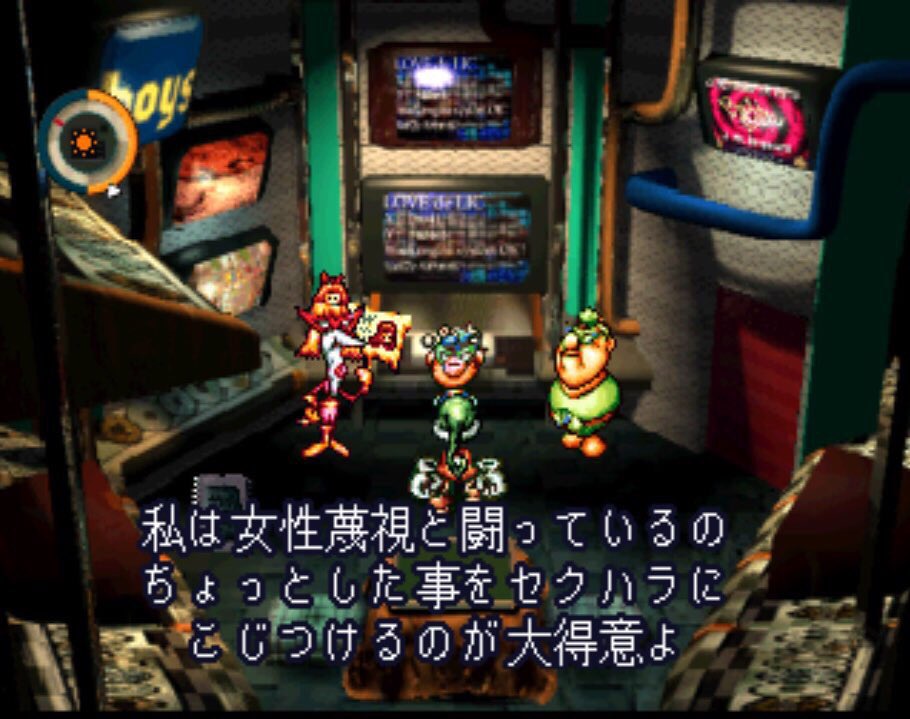 The Eco Club formed by Umi, Femi and Momi is indeed a Ego Group. They don't fight for justice. They fight for self realization and self satisfaction. Momi is just influenced by the older brother and older sister and they says it feels good when gets in action. You get the LOVE not because the justice were served but because their desire for social approval are fullfilled. 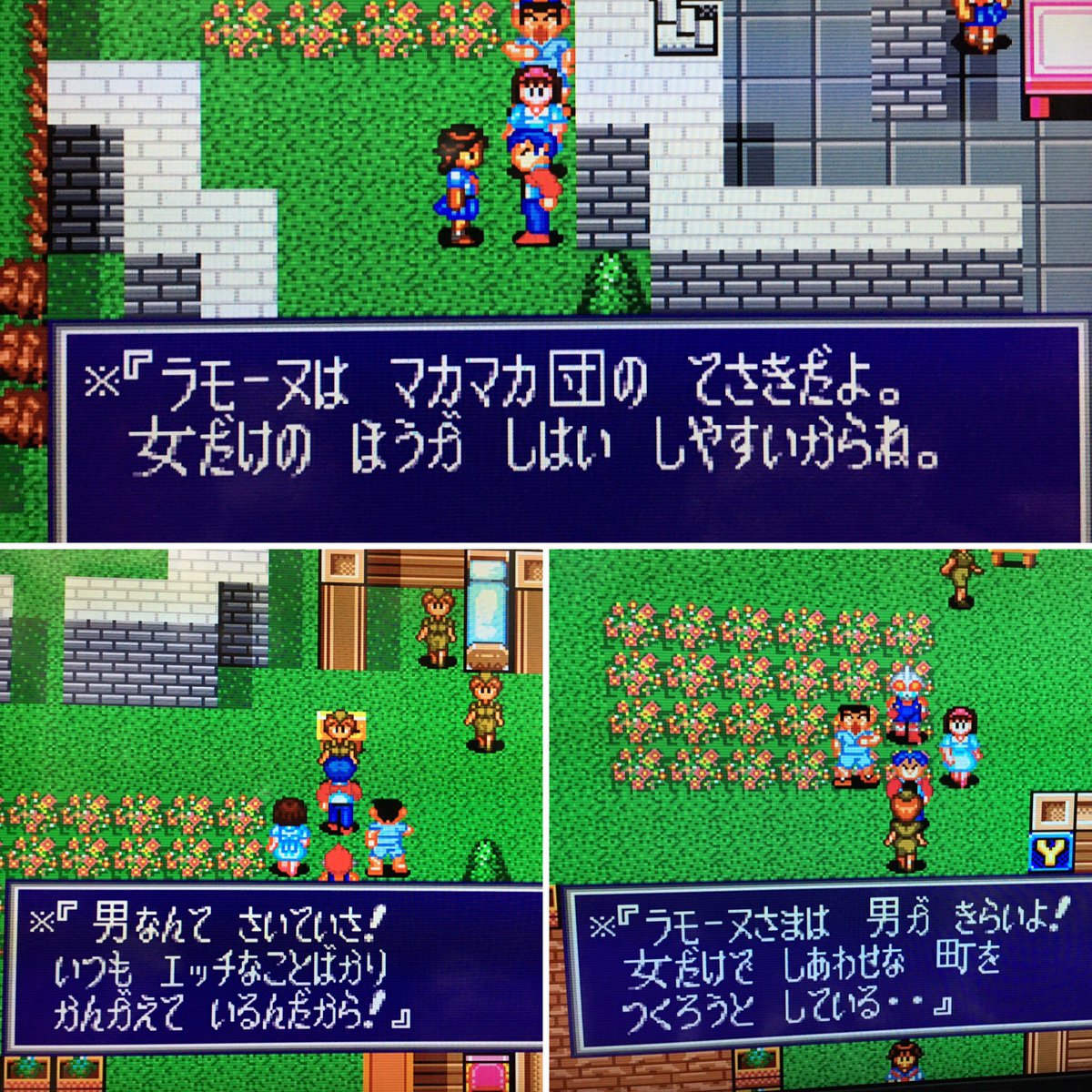 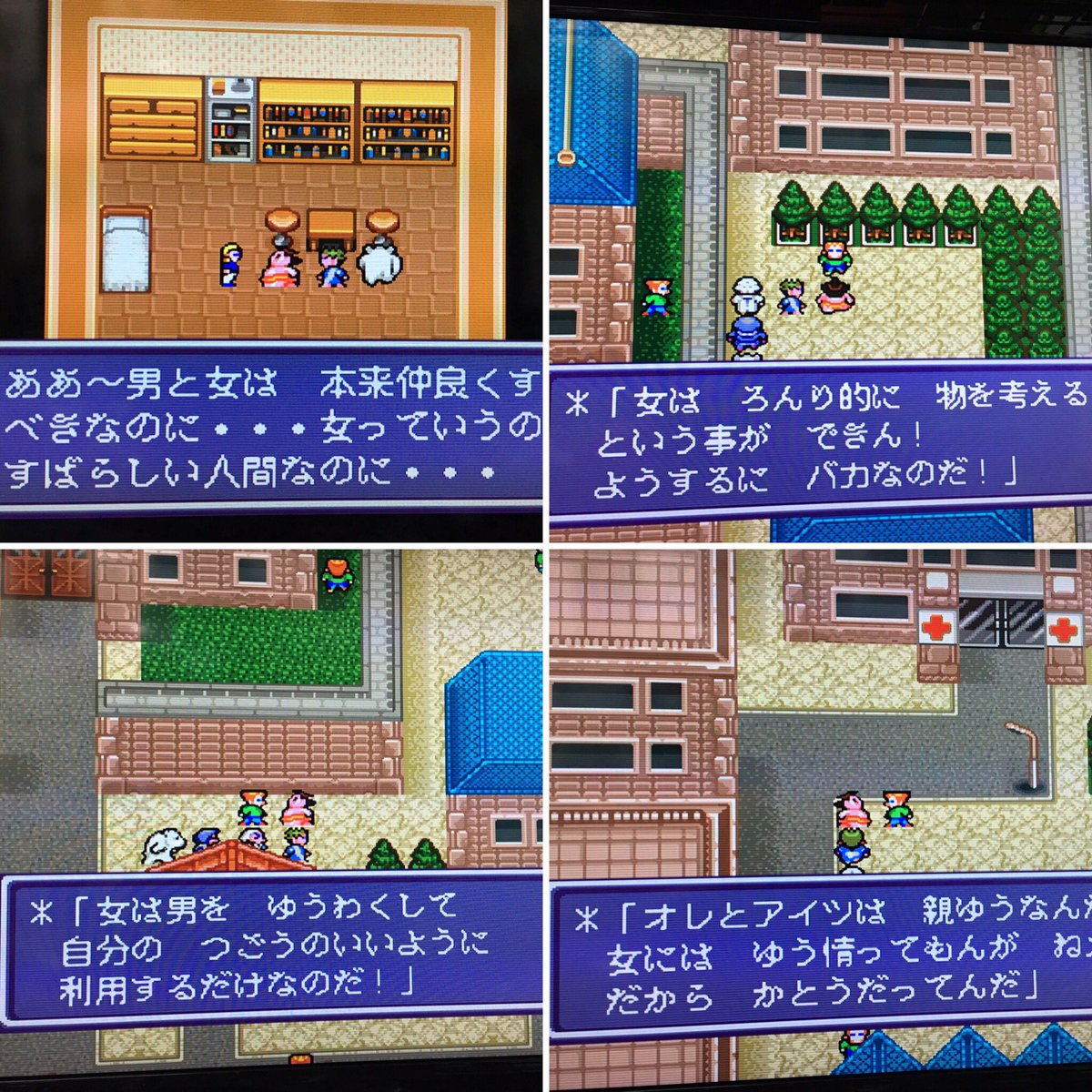 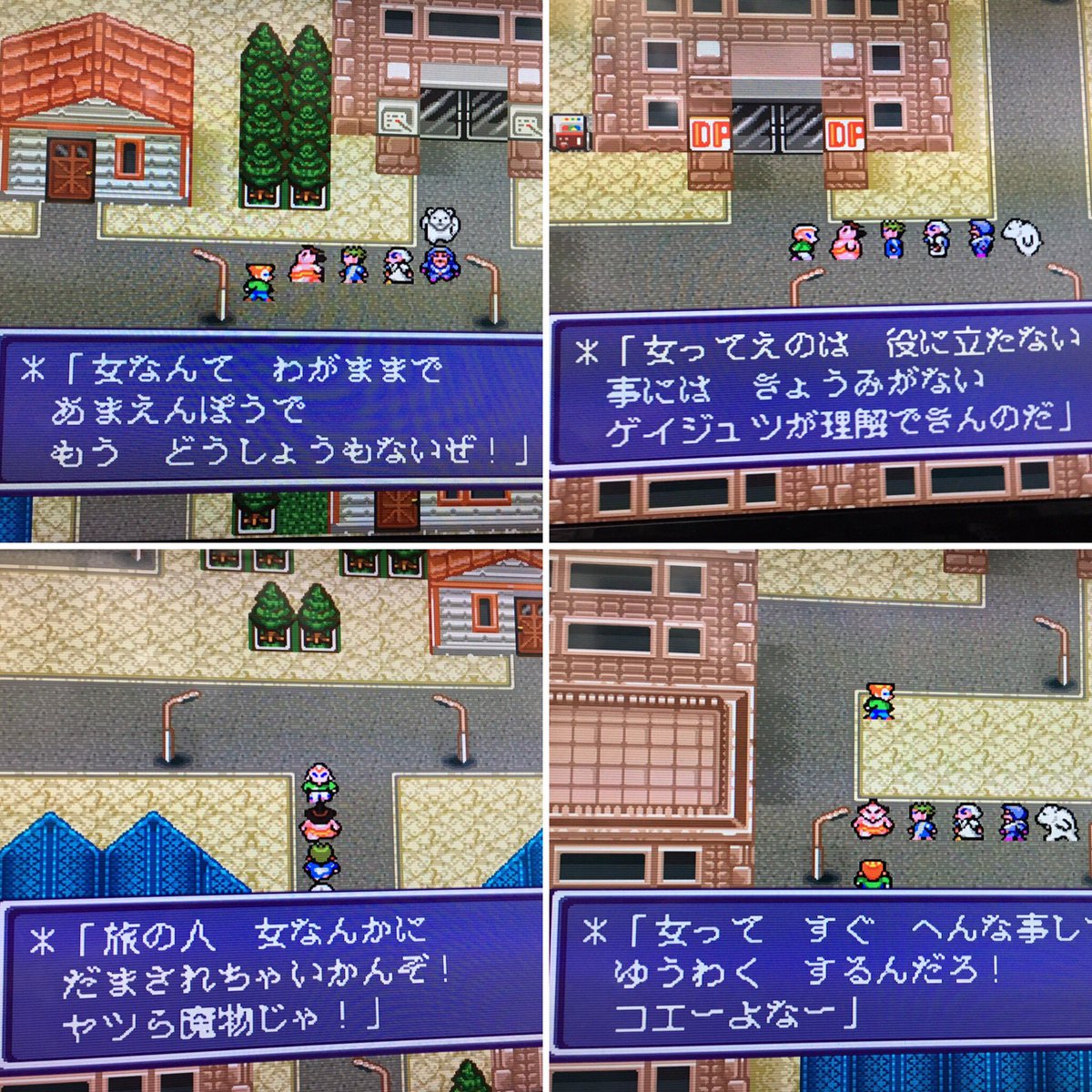 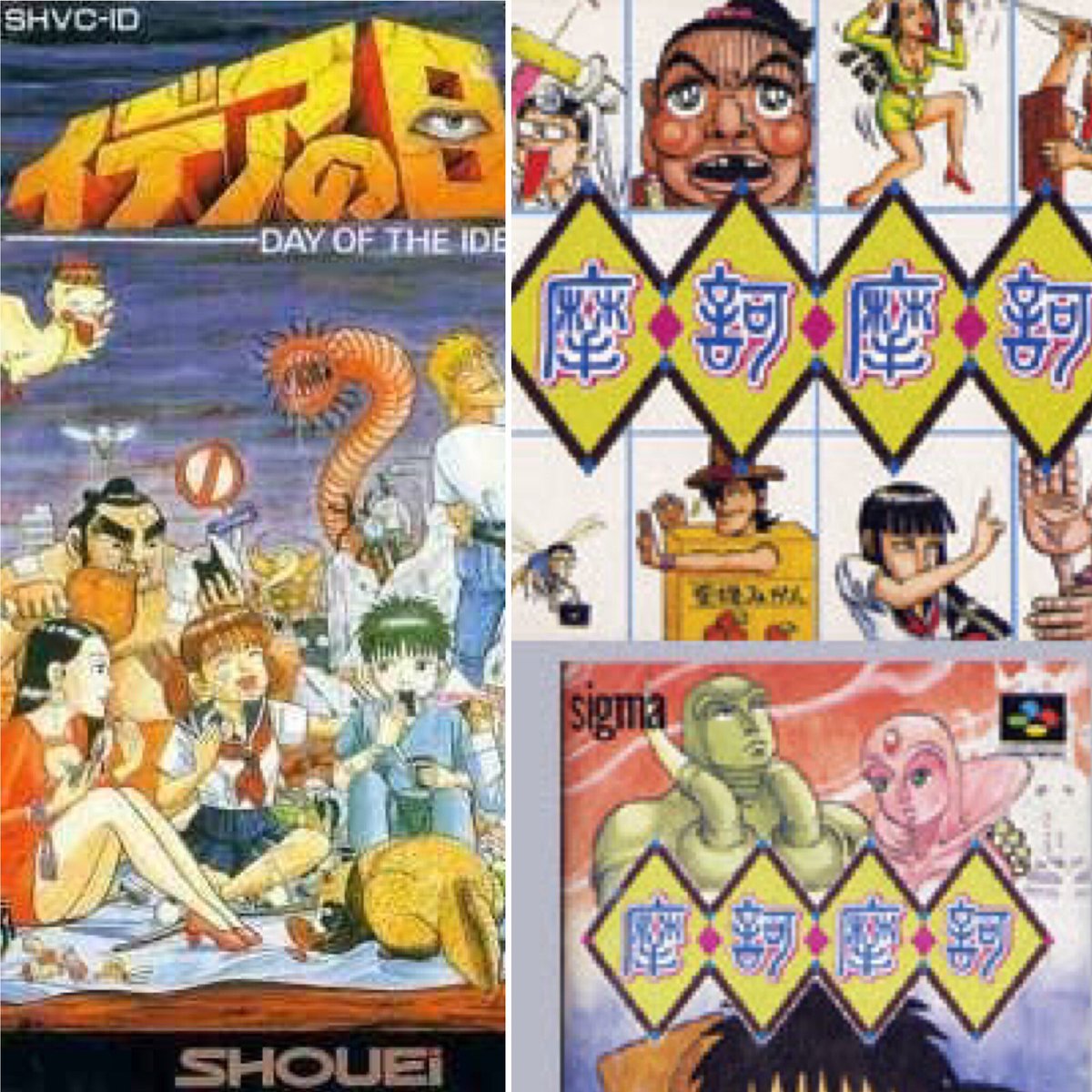 If you play the Makamaka or Day of Idea on Snes you will find way worse kind of feminism and misoginy. 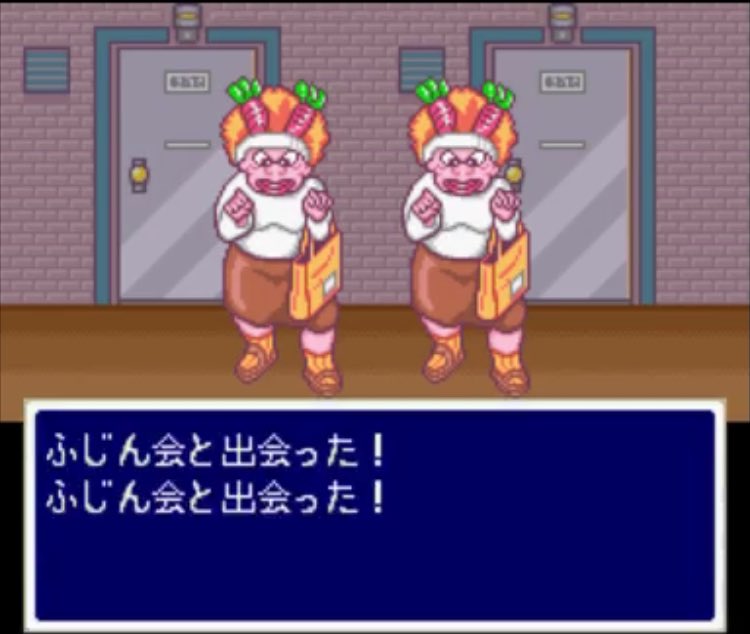 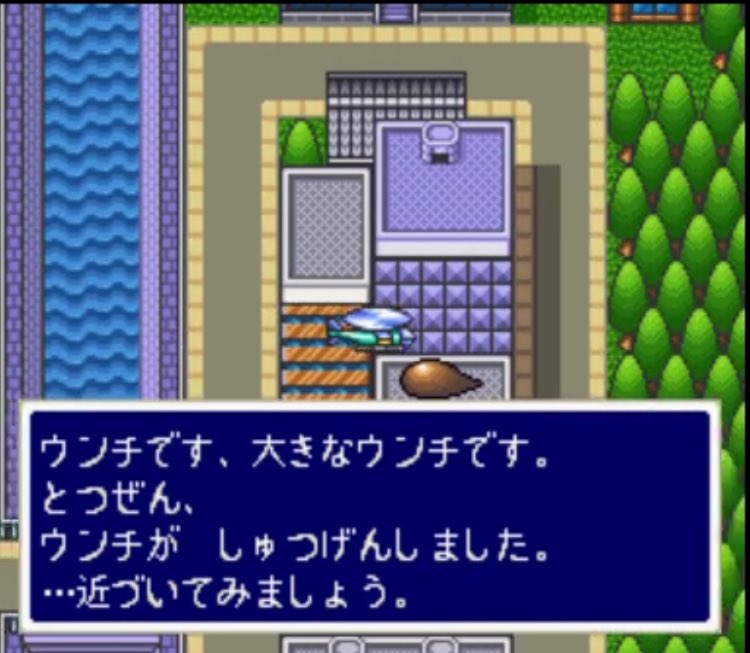 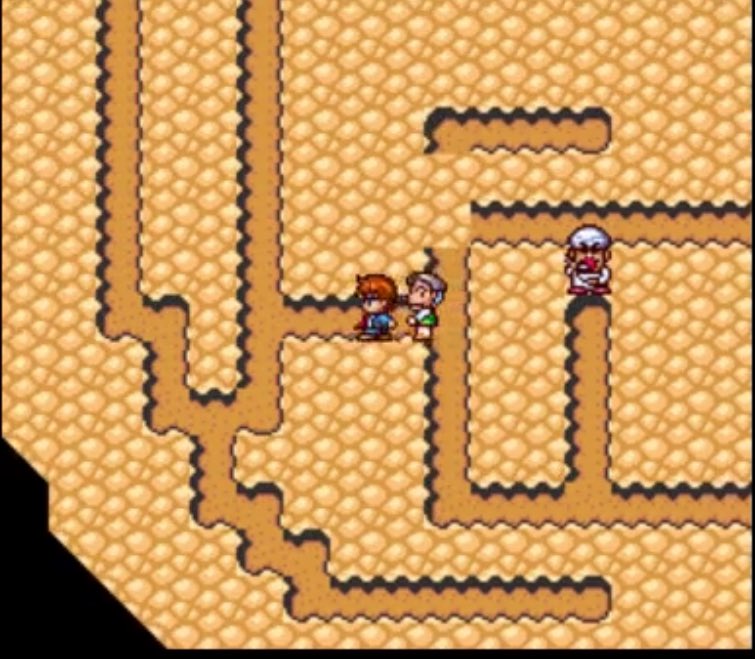 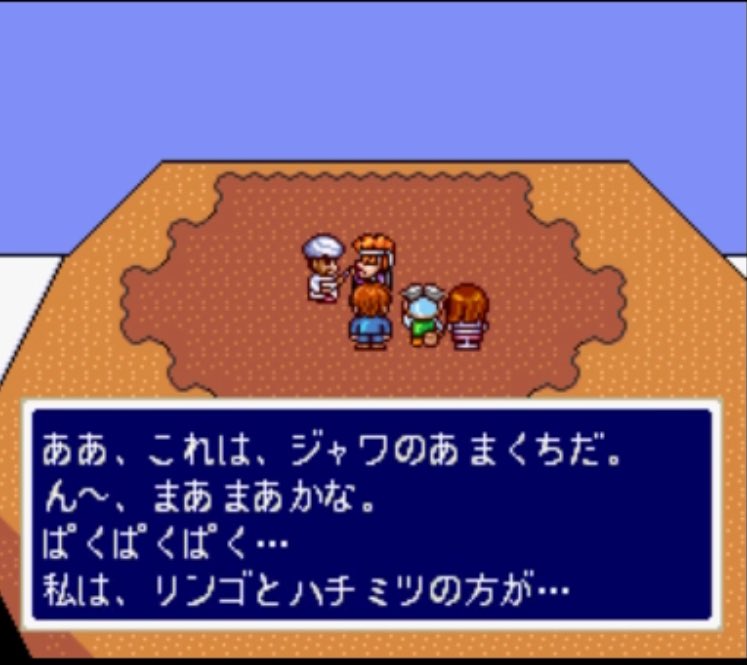 Moon is a game for LOVE but do you know "Love Quest"? You find the old female character that is as worse as the feminists (Chief of ladie's society), every single characters are weirdos, there is a dungeon made of shit and there is a indian eating curry in it. How were they able to sell this game?

Is that Tajima Youko?

It's incredible that people did something with so much irony many years ago. But in order this be seen as a joke, it would be necessary to have a awareness that these "self-ploclaimed feminists" were absurds no matter who sees it. Now we can not laugh it anymore....

I think it already existed. It just got visible thanks to the power of the web.

Oh, that's why... Maybe they just did not get enough attention to be recognized its existence. 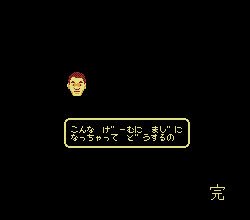 If you don't like the expressions in this game, I will simply paste the ending of Takeshi no Chousenjou. Please read what he says.

"Why are you being so serious about a game like this?"

The story of the game has become true....(Excuse me from outside of your followers.)

It's 22 years ago. There are way more characters that feels older. 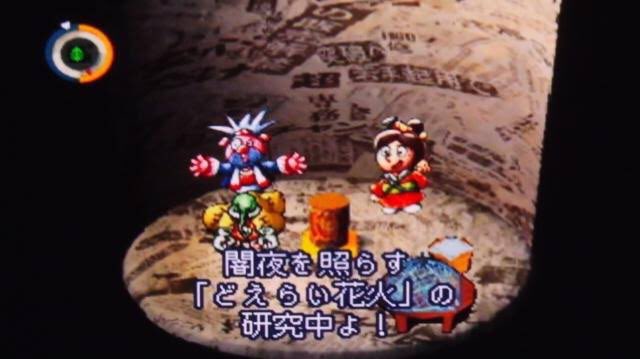 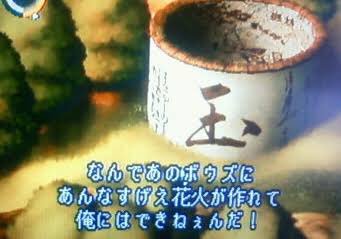 The Heikichi of fireworks is a husband who does moral harassment and domestic violence. He beat his wife and says sorry right after doing it. To be honest I hate him more than the feminists. There are many disgusting characters like this. Moon is this kind of games.

What a terrible prejudice....
I know there are people happy about this being sold again after 20 years ago. But you have to at least update the content adjusting it to our times before selling it again.

The awareness is too low. (This is so un-woke.)

※I don't know the correct translation for woke but I bet 意識高い系 aka "high-awareness type" is very akin to what woke means. I also bet that low awareness means not being woke. The way of the use is so similar!

A man that feels it by reading this phrase even in the first year of Reia era.(aka current year). How outdated this person is?

Did it "stab" you? Are you thinking this is a word with deepness or goodness? It's just the old word that was constantly used by filty old men that did not discerned the era we are living and is still used today.
It would be better for you if you not misunderstand that. Hahahaha...

This is the one we should send complain to Nintendo.

Ewww... this stinks the scent o the incels...
It's really shit the fact of nintendo thinking this is allowed in current society....
Do they know but allow it anyways, or don't they feel anything?
Which one?

It's sad that the touch/sense of the game company that influences kids are like that...('；ω；`)

I agree.I have the same opinion as you.
I wanna believe they did not examined the game before the release on the Switch.

This is a good lesson to kids to not get nearby a feminist.

Oof... This is the game made by misoginysts for misoginysts... So behind of time... I send my complain to Nintendo! Thanks for sharing the link!

"We didn't know" is not a good excuse.
Send a message to them from here.