※For non-weeaboos: Fujoshis ( Rotten Girls) are those girls who loves Boys Love aka homosexual relationship between man. Do you remember the gay kiss at Avengers: The Chidren's Crusade? This is the stuff fujoshis likes.

Also, this is basically how much japaneses understand about western comics.

I tried in the past show how wokenes are killing comics. I tried to use western comics as cautious tale. I failed miserably. Because I am a weeaboo gamer, not a western comic reader.

Hell, I lose the debate about desexualization because I used the Karla Sofen to compare with versions of Carol Danvers. I should have seen more than the physical appearances that was EXACTLY THE SAME BODYSHAPE AND VERY SIMILAR COSTUME as if Karla Sofen were A CLONE.

I can not simply use youtube videos because LANGUAGE BARRIER. Also they would see comic reviewer youtuber as random guy with no value to be listened.

I trust Ya Boy Zack, Captain Cummings, Just Some Guy and Ethan Van Sciver when comes to comics review because I saw the comicsgate with my eyes.

But I can't comment on it in japanese without being criticized by talking shit without knowing shit. So I wont...Until somehow I find a way to how to wrap up all the infos necessary to PROVE how the wokeness ruined the comics.

↑If you know japanese, I recomend take a look.↑ 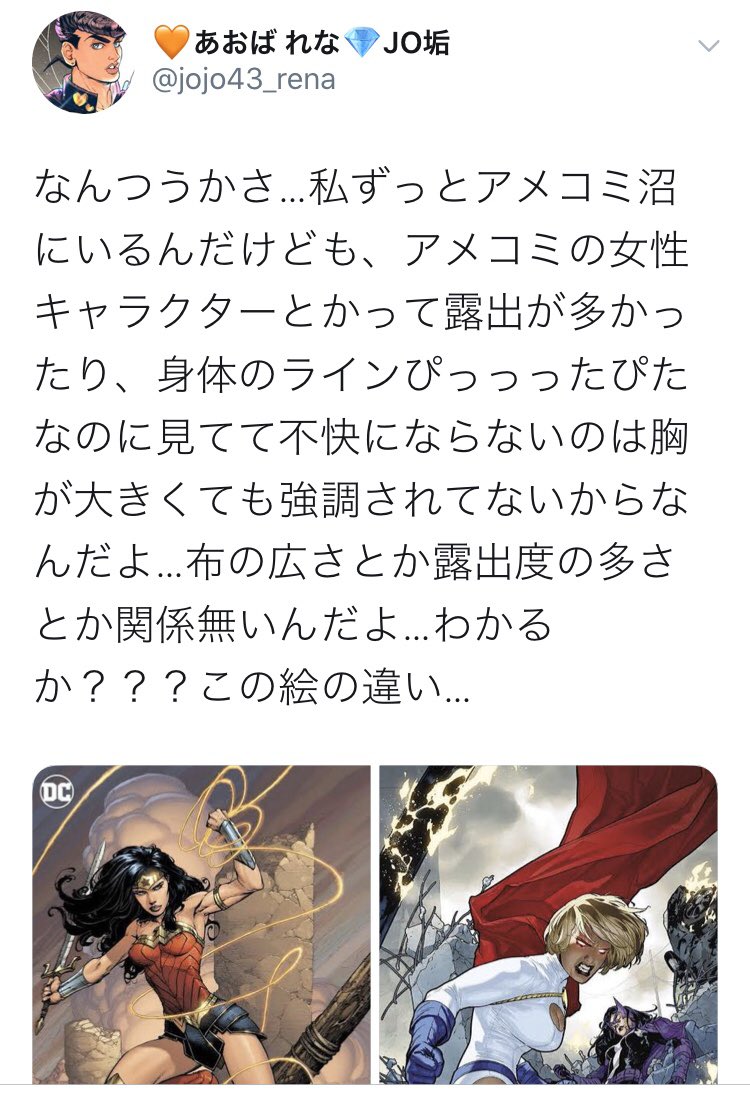 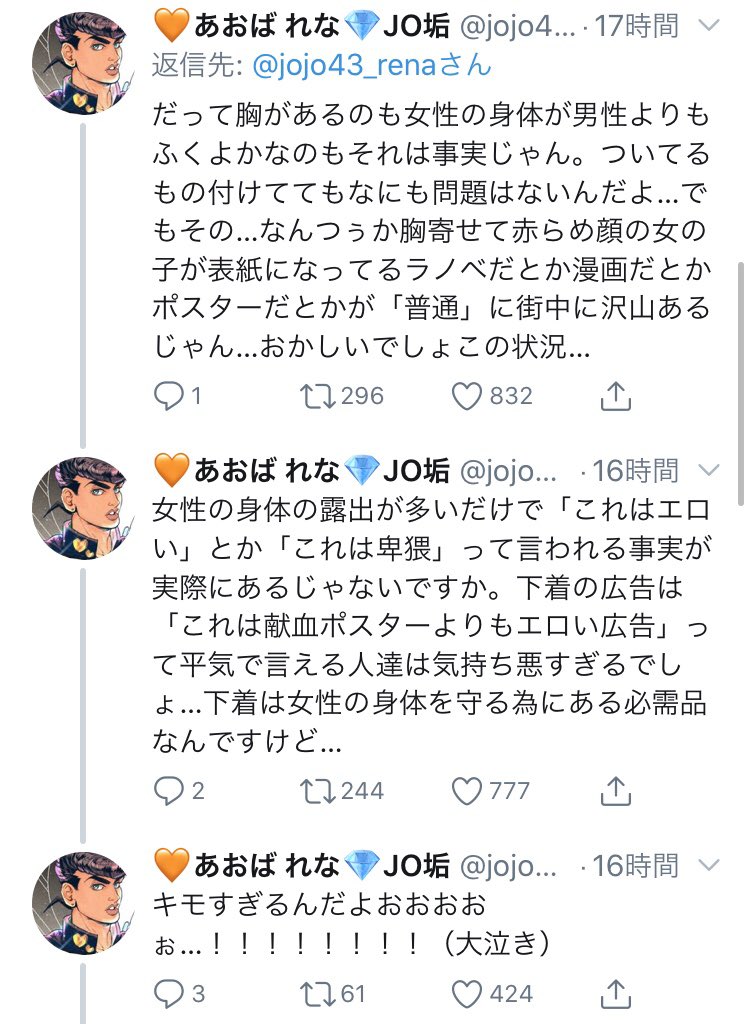 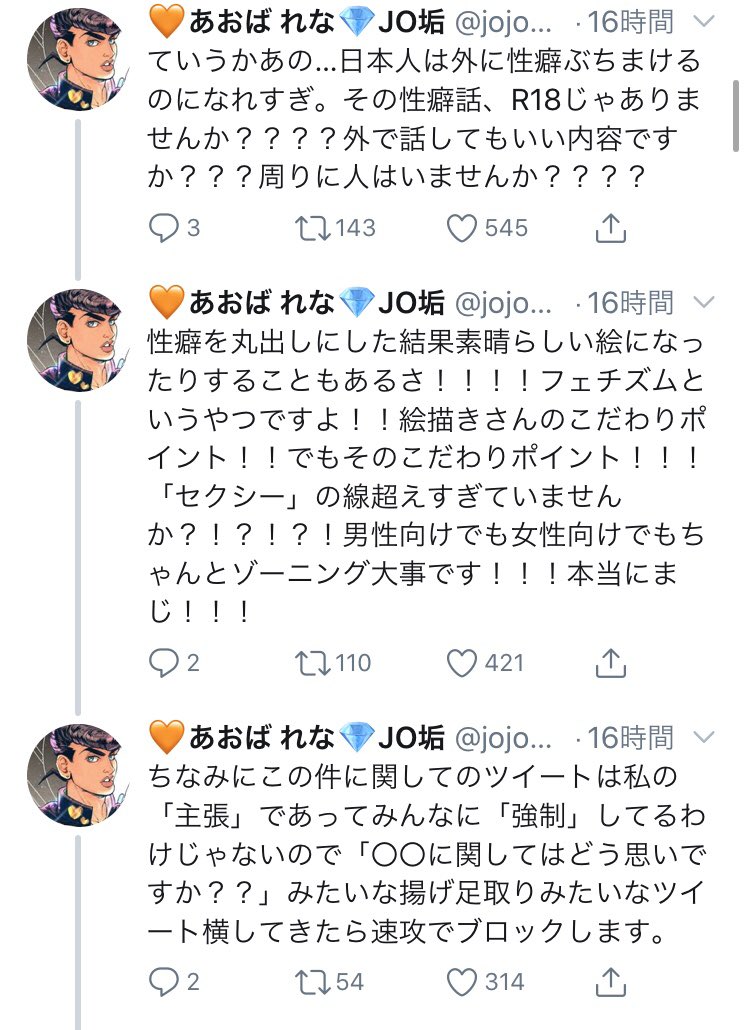 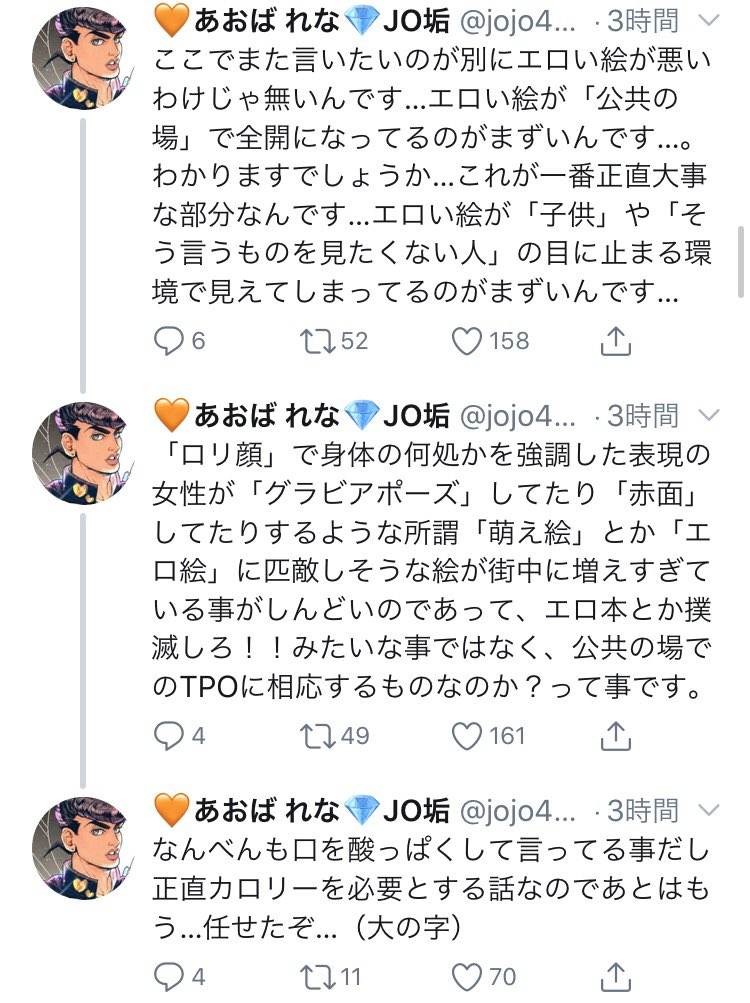 This is a brief compilation for the people who were at work when all this started.

A fujoshi said "American comic's female characters is not something you feel bad for seeing no matter how much exposed it is because the tits are not being enphatized."

Otakus counter argumented by citing the Wonder Woman got her honorific UN ambassator position but this was criticized by feminists and wonder woman lose this position.

Are you serious? It's just a different way of drawing. It IS enphatysing the tits and tights. No way "western otakus" (nerds) have no sexual feeling with those images. The only reason you don't feel unpleasant is because YOU like this kind of stuff.

Somes say there are no sexual stuff in american comics.

"Galactus: My dad is a space devil god" from Marvel. 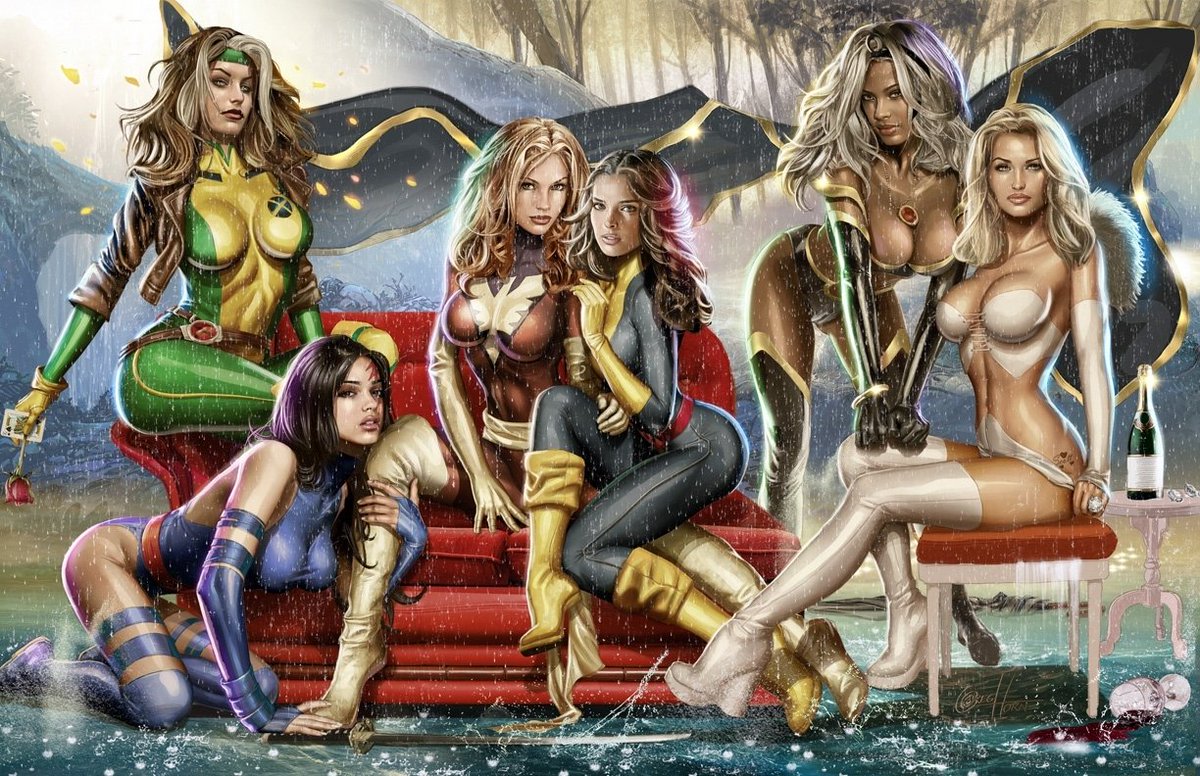 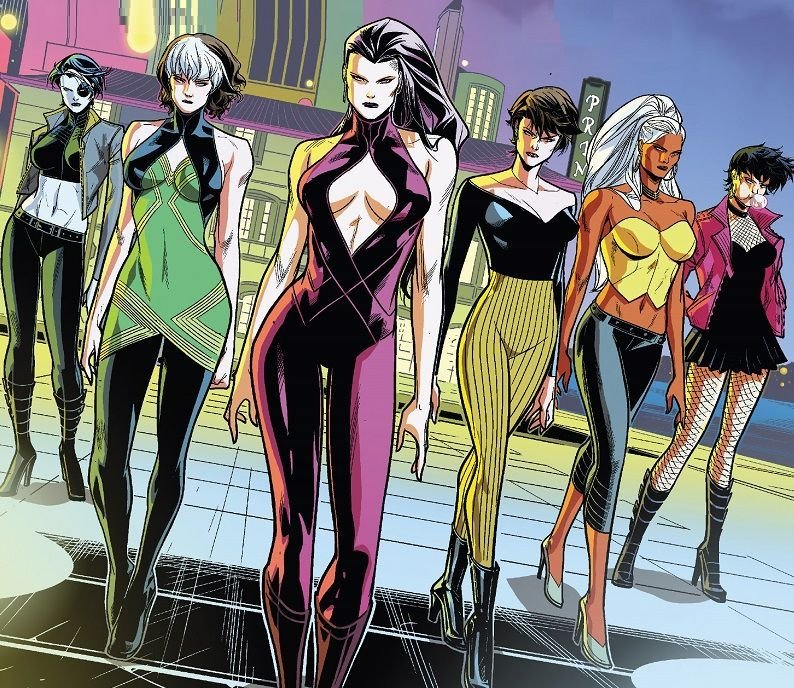 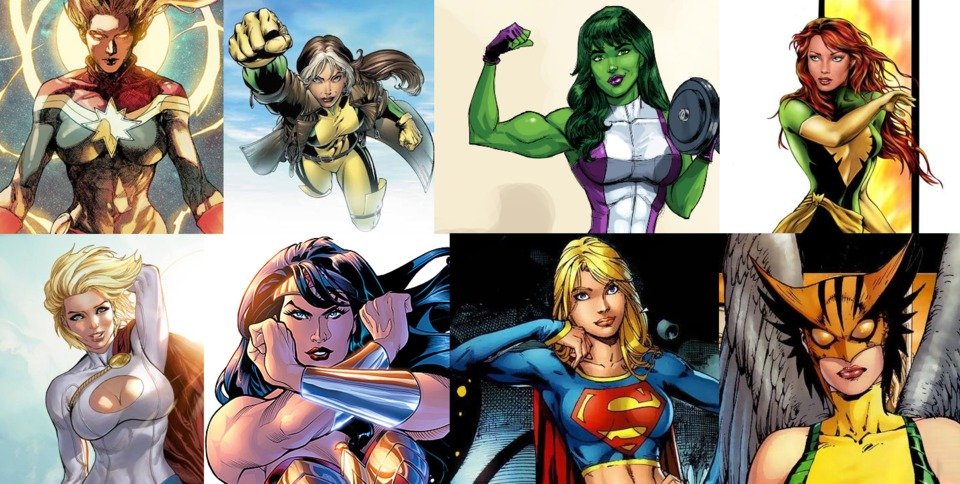 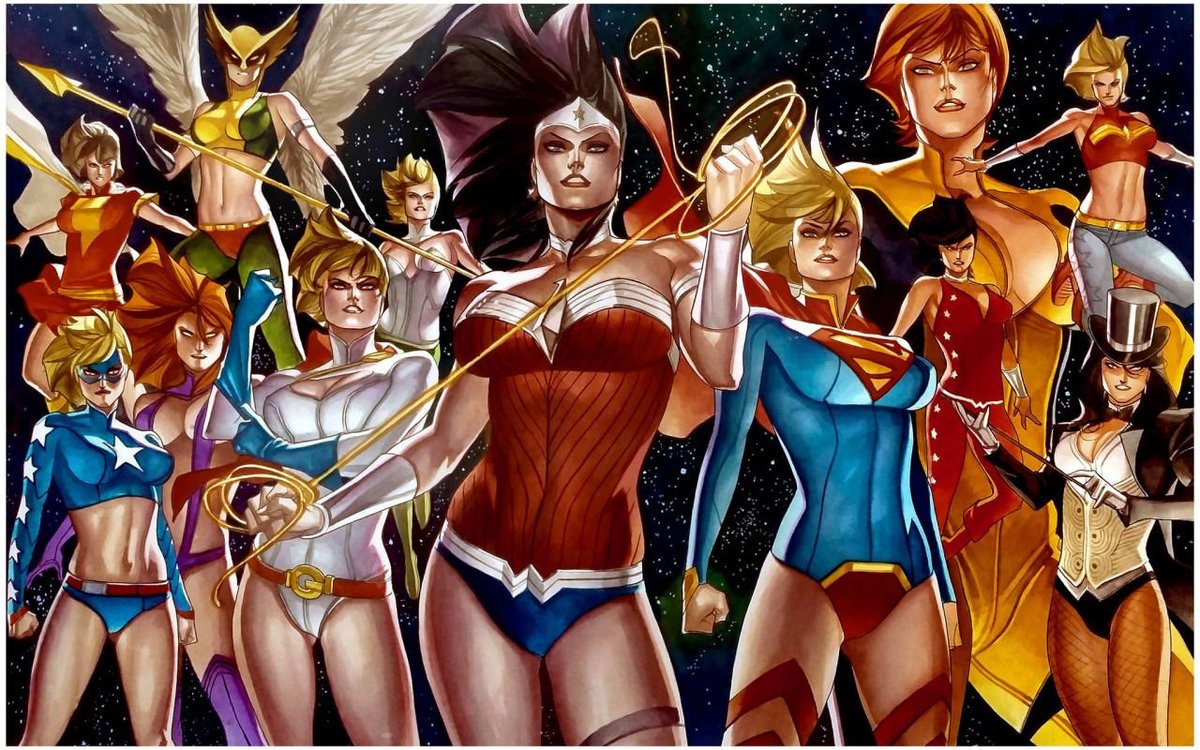 So, The ones who hate tit sacks can't into american comics?(´・ω・｀) 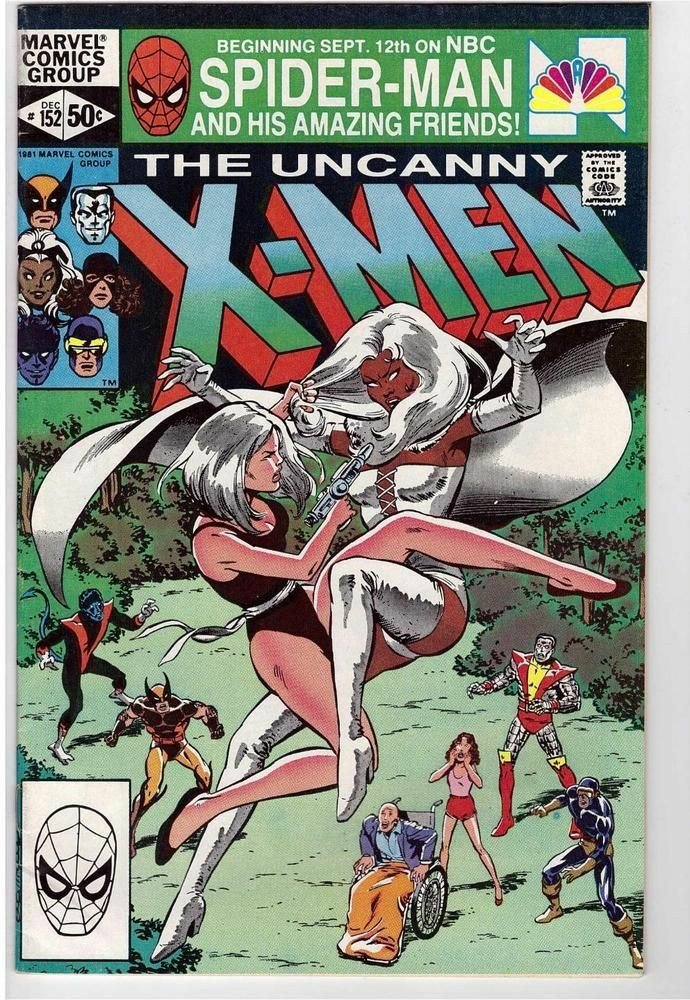 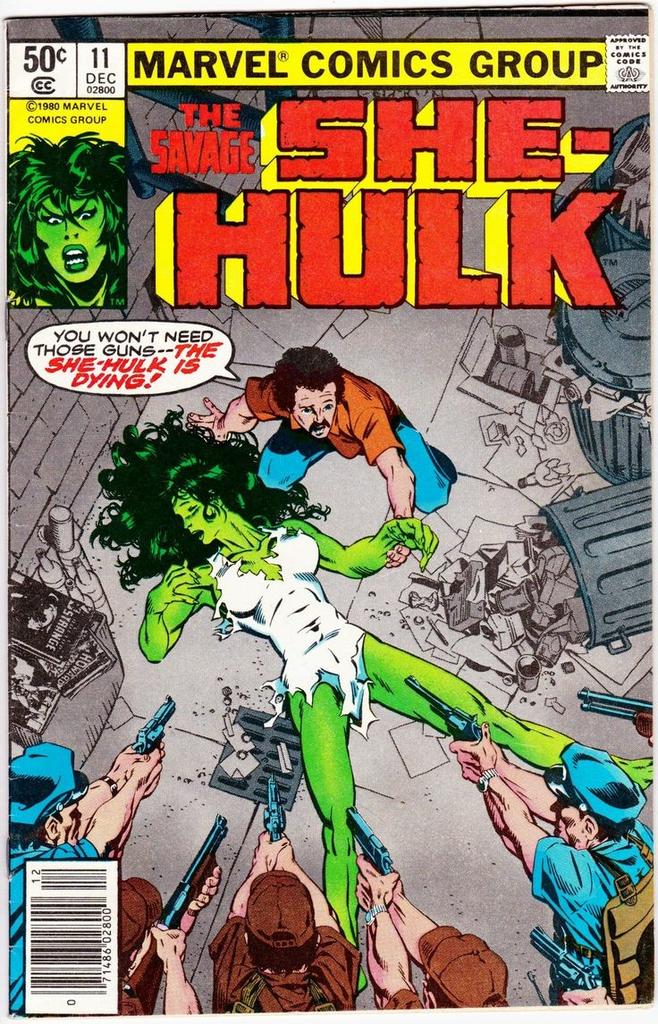 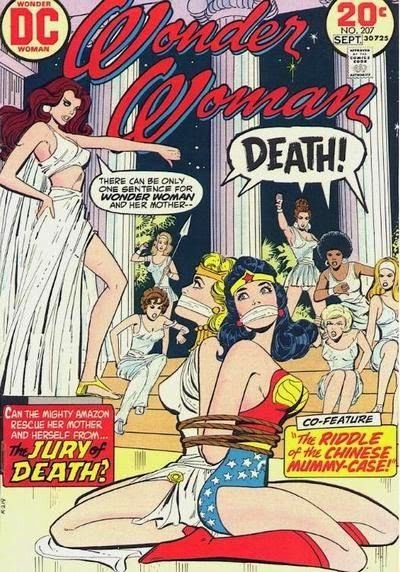 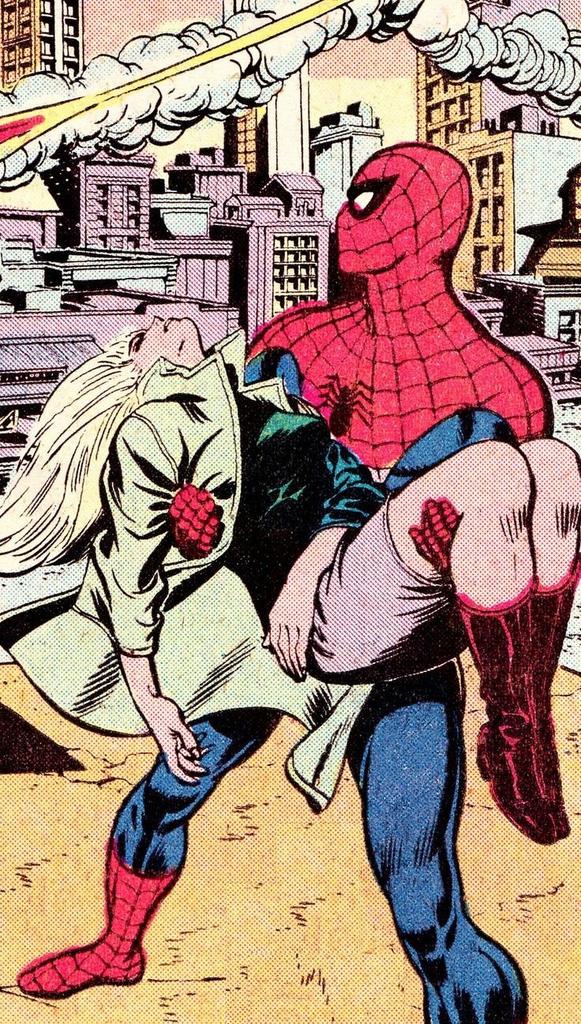 I dunno if you get it but they does not uses current year comics in order to counter argument. There were even comission arts. Most of the images were comissions, requests and 5 to 10 years old comics. (Thanks @jc_stephan)

I myself don't know if these examples of acceptable imagery picked up by this jojo fujoshi is even current year but I bet those images are at least 4 years old.

People are talking about if western comics female character are lewd or not despite of how much skin it shows. This is appearing in my timeline quite a lot. But wait a second, wasn't the american comics too censored by political correctness and feminists?

I am not reading comics in this recent years so I dunno.

Obs: it's the same person.
The breast and the hip has gone to somewhere.

I think the old drama version of Wonder Woman was successful in the past because we watched with a smile in the face the tottering action with a big breast woman with a skinpy strange suits. She has become a cool character after the reboot movie, isn't it?

Whoever is saying "America has a lot of censorship!! America is binded by political correctness!! Manga has no binding and it is how the creation of works should look like" when listen anything about american contents is a absolute minority, I think

I understood you like western comics and american propaganda illustration. But you must remember that every people have a kind of drawing that they like in the same way you have some kind of drawing you like? Don't you understand that you are being criticized for your nature of idolizing things you like while you smear stuff others like?

The discussion will became something like "The USA with those wonderful drawings must be a wonderful country with no racism, very low rape crimes and crime towards the children and enough blood in blood donation".....It has nothing to do with this.

Yeah, really. I want the Japan to become the country where people who says "American comics is fucked up because of political correctness" kind of fake news doesn't exist anymore.

I think if the face were redesigned in japanese preference by a male japanese he would be victim of feminist harassment.

Thinking about comicsgate, I think people become conscient about the way of treating the female characters female creators and political correctness in and outside of this industry 4 or 5 years ago.

Because I was hyped reading the Rebirth like an innocent kid.

Comicsgater in 4chan scolds saying "American comics lose to manga because it is affraid of being politically incorrect." but was the political correctness good or bad for american comics?
Personally, I am curious to know if it is just than the "politically correct" itself.

Personally I think the popular comic like kamala's miss marvel is one of example that comics are evolving in a good way. Also the christopher priest's Black Panther are being praised even today. That makes the comicsgate`s claims meaningless.

I agree. This is what I get by reading the comic normally.
But when you go to reddit or 4chan you get those opinions like "Politics and social justice ruined american comics" and this is just....

In the first place, american comics's historical writers itself made commitment on politics with their works, It is this kind of genre.

Really, I want to ask what the hell did you read from the X-men? (Well, they probably did not read it in first place.) 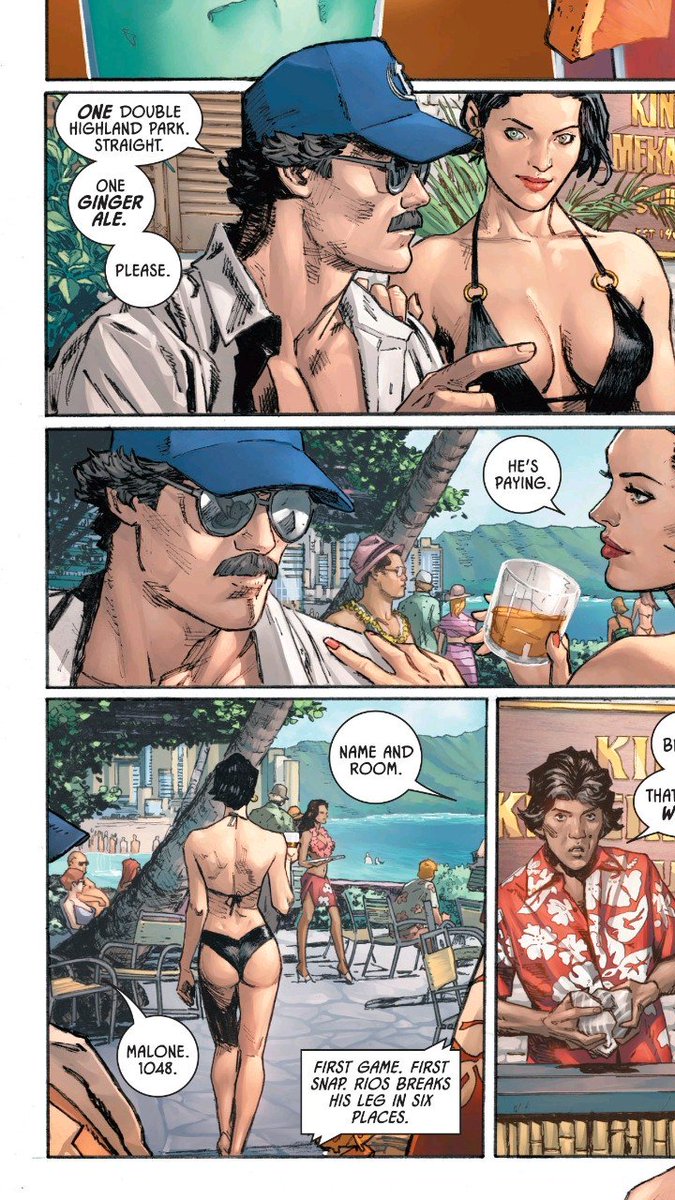 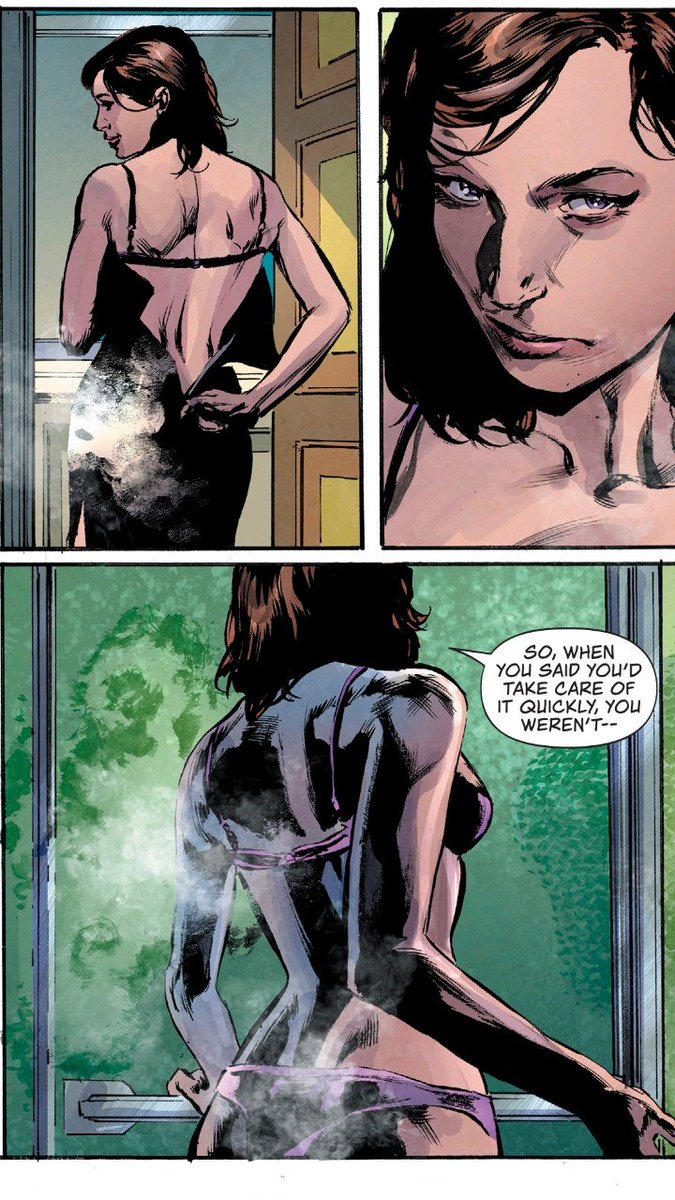 I'm gonna talk some stuff because there are an talk about sexual stuff in nowadays mainstream american comic publisher.

What I can say first about drawing sexual the characters sexually in the comics is, it normally happens.

(Pic is Catwoman and Lois Lane)

The drawings in the comic itself is not being considered a problem so constantly. Even if there are some critics, it is printed out normally most of the time. (I think the most recent case is the batman's dick being erased.)